Here’s the slap in the face you need…

This man will never be completely yours.

If you’re sleeping with a married man, or having sex with a guy who already has a girlfriend, of course he’ll have feelings for you, too…during sex, in the heat of the moment. But if he hasn’t already left his wife and his children and his home, he’s not going to. 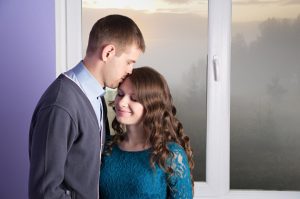 I don’t care about  what he’s been promising you. It doesn’t matter how many vacations he’s taken you on, or how much jewelry he buys you. It’s just talk. So many women fall for the fantasy that somehow he’ll leave his family behind to ride off into the fairytale sunset and live his happily-ever-after with you.

But he has a wife. He has children. He has commitments. What’s really going on with him is that he isn’t getting what he needs at home. So he’s turning to you instead. He gets his kicks in bed with you, then returns home and plays Daddy. He adores his kids. It’s his wife who isn’t giving him the spark he needs. With you, he’s getting the best of both worlds. He knows full well that he’s playing you.

It seems obvious. But every few days I get an email from another woman to tell me how she’s getting played by a married guy. The guy always gives the same promises, and the women are all deep into the thing. The emails are from women who’ve been “in love” with the men for months or even years. I have to tell them all the same thing.

He won’t leave his girlfriend for you.

He won’t leave his wife.

It’s a fact that you can’t do anything about. It doesn’t even matter how mind-blowing the sex with you is. If he was going to leave her for you, he already would have. If it was you he was really in love with, he would already have made his escape to you.

You see, all the feelings and words he lays on you are just as big of a fairytale to him as they are to you. The spark and romance he had at the beginning of his relationship or marriage are gone, so he’s getting it from you. His wife does his laundry for him at home after he gets it all dirty when he’s with you.

He’s got you right where he wants you:in bed. But only when he feels like it. If he was serious about you, he wouldn’t be able to stand being apart from you. He’d want to be with you all the time, and wouldn’t let anything stand in the way of being with you. If he’s feeding you excuses about why he’s not exclusively with you, that’s exactly what they are: excuses.

You’re his mistress. You’re a sex object. You’re his plaything when he gets bored. You’re like an escape from reality to him. Yes, that’s harsh. But somebody has to help you see what’s really been going on in the situation. It feels bad. And you deserve to find an amazing man of your own. You don’t have to take another woman’s man. You shouldn’t be treated like a sex object, like a toy.

You deserve much more!